Despite ionic liquids (IL) were first reported a century ago, an increased interest in this class of solvents has been observed more recently. Their application as alternative solvents is mainly due to their attractive properties. Due to the possible combination of cations and anions, the number of different structures is very high, and therefore there is great need to characterize the IL, by studying their thermodynamic and physico-chemical properties with high accuracy. The research carried out consists of experimental measurement of physical and thermodynamic properties (densities, viscosities, refractive indices, temperature transitions, heat capacities, vapor pressures) of pure and mixed IL, which are crucial for Chemical Engineering applications. 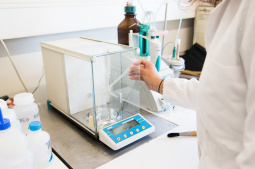 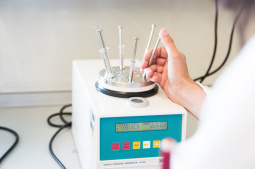