More than half a century ago, Richard Feynman delivered its legendary lecture There’s Plenty of Room at the Bottom which is considered seminal in the field of nanotechnology. Nowadays nanoscale products have an ever increase presence, promising various services from more humane cancer treatments to increasing capabilities of our computers, requiring production to move from laboratory scale towards industrial continuous mass production. Furthermore, nanoparticles unique properties derive often from their sizes therefore a precisely controlled and a narrow particle size distribution (PSD) is often a requirement. Chemical coprecipitation is a convenient, low-energy method to achieve nanometer scale crystals, but usually result in wide PSD, due to low efficiency mixing in conventional stirred vessels. The NETmix reactor is a new technology consisting of a network of mixing chambers interconnected by transport channels, where above a critical Reynolds number, the system evolves to a self-sustained oscillatory laminar flow regime inside the mixing chambers inducing local strong laminar mixing, enabling the control of fluid mixture in an optimized and reproducible way, an essential factor for the control of complex reactions and product properties.

Hydroxyapatite (HAp) is the main constituent of bone. Synthetic HAp can be defined as a biomaterial since it shows stability for bone growth, bone repair and bone replacement under physiological conditions. HAp can also be used as biocement and coating for metallic implants and some of the most recent applications include their use in cosmetics, in oral care products, and in esthetical treatments for diminishing wrinkles by stimulating conjunctive tissue formation.

Nanocrystaline HAp was the first nano-material to be successfully produced with NETmix, resulting in high phase purity (100%), high surface area (≥ 80 m2/g), with typical sizes below 50 nm in rod-like shaped hydroxyapatite particles. This product is currently industrially produced and commercialized by Fluidinova SA (a LSRE-LCM spin-off company) under the brand name nanoXIM. 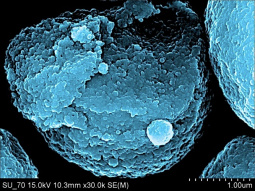 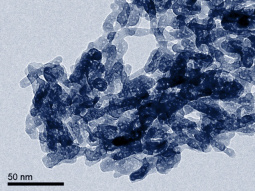 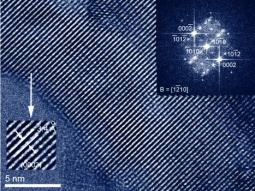 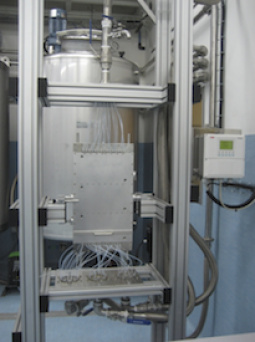 The incorporation of nano-hydroxyapatite (n-HAp) into natural polymers, in particular chitosan (CS),  is recognized as one of the most viable approaches to produce materials mimicking natural bone.

n-HAp/CS composite microparticles have been produced by spray-drying. The effect of pH and the presence of salts on the final microparticles size and morphology was studied. n-HAp/CS nanodispersions were prepared at 2 different pH values above and below chitosan pKa (6.5): pH 7 and pH 5.5. Microparticles produced at pH 7 required an extra step in the production process and had a high tendency to form large agglomerates, which was not observed at pH 5.5. In addition, it was shown that chitosan was not degraded during the spray-drying process since no differences were observed when comparing the thermogravimetric (TG) plots of the spray-dried microparticles with TG plots of analogous of freeze-dried samples.

n-HAp/CS scaffolds where produced using a supercritical CO2 (scCO2) assisted process in which scCO2 was used for both purification and sterilization of the scaffolds in one single step. The overall process consisted in 3 simple stages: 1) preparation of n-HAp/CS nanodispersions; 2) structural fixation of the scaffolds by freeze-drying; 3) scCO2 extraction. Scaffolds subjected to the best-achieved conditions (2 scCO2 cycles at T = 75°C and P = 8.0 MPa) it was possible to remove 80% of the residual acetic acid. The scaffolds presented desirable interconnected porous structure, fast swelling and adequate pore sizes, and good microstructural preservation, not present in other conventional methods. Microbiological assays showed no microbial growth on the scaffolds (sterile scaffolds), and in-vitro tests showed the scaffolds were cytocompatible and osteoconductive. 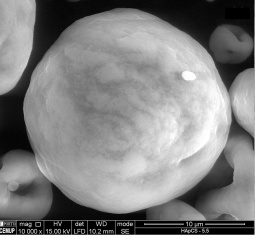 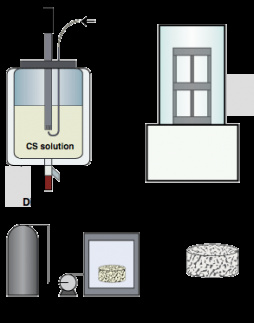 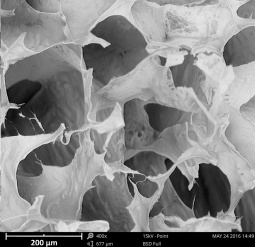 Continuous production of other nanomaterials has been accomplished with NETmix: Magnetic Nanoparticles (MNP) and Metal-Organic Frameworks (MOFs).

Magnetite synthesis in the NETmix reactor was performed by mixing an aqueous solution of Fe2+ and Fe3+ salts with a base solution under inert atmosphere and 45 °C. Trisodium citrate was utilized to stabilize particles. At this temperature, the solubility of Magnetite is of the order of 10-8 mol/kg water[6]. This degree of supersaturation favours nucleation rather than particle growth therefore resulting in small crystals. Maturation time of 10 minutes was proven sufficient to ensure total conversion of iron salts to magnetite crystals. The pure magnetite crystals were found to be 4.8 nm ± 0.25 nm, monocrystalline and superparamagnetic. The space-time yield of the process was 4.3 tons/m3day.

Two different iron-based metal-organic frameworks were synthesized using the NETmix reactor namely iron fumarate MIL-88A and iron trimesate MIL-100. An equilibrium model for iron (III) and the polycarboxylic acids was developed, in order to avoid formation of amourphous phases thus eliminating kinetic limitations. The nucleation of the MOFs is fast which is further favoured by the immediate homogenization provided by NETmix reactor which resulted in smaller and more uniform particles. The resulting suspension is diluted five times in order to slow growth kinetics, followed by a stabilization/ageing step also carried out in the NETmix reactor since it allows the particles to grow uniformly, as the concentration along the reactor is uniform due to the mixing dynamics of the mixer. Finally, the wet solid was dried at room temperature overnight. The space-time yield increased up to 2 tons/m3day. 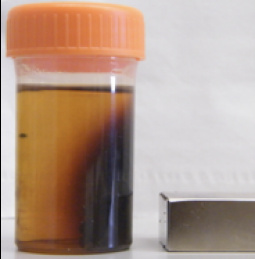 MNPs as a Ferrofluid 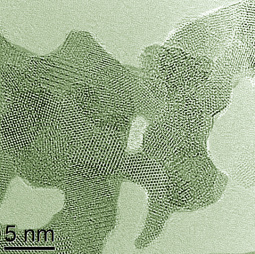 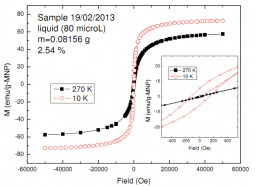 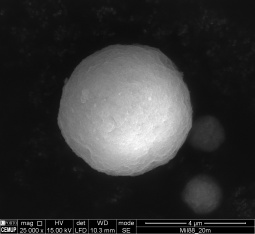