The main aim of this research is the development of portable, fast, automated, low-cost and accurate electrochemical multi-sensor devices coupled with chemometric tools to: (i) detect possible food adulteration, mislabeling or frauds; and, (ii) to assess sensory properties of foods (i.e., positive and negative attributes) envisaging their use as complementary/alternative techniques to human sensory panels. 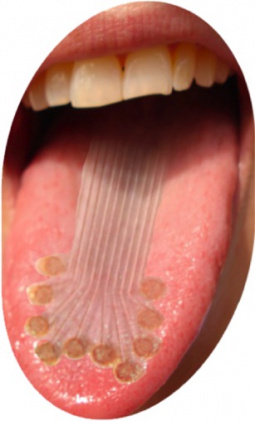 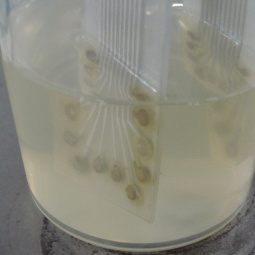 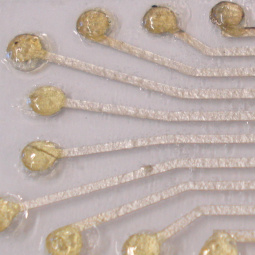 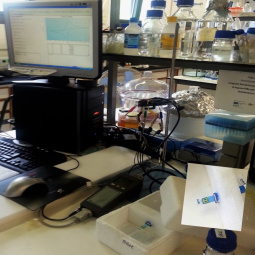 An electronic tongue (E-tongue) is “… a multi-sensor system, which consists of a number of low-selective sensors and uses, advanced mathematical procedures for signal processing …”. The multidisciplinary research within food and material sciences provided novel insights in the design of bioinspired materials and sensor-based devices for food analysis allowing retrieving valuable chemical information from specific complex matrices, by using appropriate multivariate statistical data processing-modeling techniques. Our research has been mainly focused in the development of lab-made potentiometric E-tongues, comprising several lipid cross-sensitivity polymeric membranes, to evaluate food matrices (e.g., honey and olive oils) with high economic relevance in Trás-os-Montes region (northeast of Portugal. The objective is, for each matrix under study, to select the best set of sensors that enables establishing a typical potentiometric fingerprint, which may be used to detect adulterations or to qualitatively/quantitatively assess the authenticity of the product by using appropriate unsupervised or supervised chemometric tools (e.g., PCA, LDA, MLRM, PLS, ANN, among other), minimizing the risk of commercial frauds. The proposed approach has already been extended to other food matrices namely for detecting admixtures of cow milk in the production of ewe or goat DOP cheeses as well as to detect allergens in food products, namely gliadin in gluten-free products. In a near future, the development of E-noses devices will be considered aimed to build an integrated portable electronic platform that could be used, off-line or in situ and in real-time, to monitor and control food production or food products.

The commercialization of several food products is legally regulated and in several cases (e.g., olive oils and olive pastes) requires their sensory analysis for assessing both positive (e.g., acid, bitter, salty, sweet, fruity, green sensations among other) and negative (e.g., fusty/musty, winey-vinegary, putrid, butyric sensations among other) organoleptic attributes. The only official homologated method for sensory is the use of an official trained taste panel, which has several drawbacks, namely experts’ subjectivity, variability of responses over time, lack of reference standards and low number of analyses per day, turning out in a very time-consuming and expensive task. The main goal of our research is build, test and apply E-tongues for sensory analysis of foods demonstrating the versatility of these electrochemical-based sensors devices for discriminating positive and negative organolpetic sensations usually perceived by human trained sensory panels and that are legally required, as well as to use the signals profiles to quantify the median intensity of the sensory defect predominantly perceived in real samples, in order to mimic the analysis performed by human sensory panels. For achieving this goal, chemometric tools are aiming to select/establish the best sensor membrane composition for each food matrix, taking into account its complexity and variability with time, geographical origin and genetic varieties.

Voltammetric Based Strategies as Tool to Detect Cork Contamination with Chloroanisoles

The presence of chloroanisoles(e.g.,2,4,6-trichloroanisole (TCA)) in cork stoppers may result in the appearance of musty off-flavours in bottled wine, due to migration phenomena, originating huge economical losses for the wine industry. A prevention step is the early detection of these compounds in cork planks before stoppers are produced. The reference analytical method for the detection of TCA is mass spectrometry gas chromatography, which is far beyond the economical possibilities of the majority of cork stoppers producers. Thus this research aims to develop voltammetric based strategies for detecting TCA in the aqueous solution during the boiling industrial pretreatment usually carried out in cork planks. For that, the potential use of conventional three component cells (e.g., a silver working electrode, a platinum counter electrode and an Ag/AgCl double–junction reference electrode) will be assessed being the detection procedure performed by cyclic or square-wave voltammetry techniques. Preliminary results have shown that this electrochemical approach could be used to quantify TCA within the concentration ranges (2 to 4 ng/L) usually perceived by human in wine.

An early diagnosis is crucial in all cancers to improve patient survival and disease prognostic. Hence, sensitive and specific methods ought to be developed and improved towards this early diagnosis. The use of aptamers as bioreceptors in the design of electrochemical aptasensors has offered new prospects in diagnostic assays namely in the field of protein disease biomarkers detection. An electrochemical aptasensor is a compact analytical device where the bioreceptor (aptamer) is coupled to a transducer surface to convert a biological interaction into a measurable signal (current) that can be easily processed, recorded and displayed. The lack of specific aptamers for the majority of protein disease biomarkers, as well as the existence of few aptamers with two recognition sites for a single target, may constitute a limitation in the development of aptasensors. Nevertheless, over the years with the use of SELEX methodology, a large number of aptamers have been isolated and applied in aptasensors developed to detect protein disease biomarkers. Our research has been focused on: (1) the isolation of a DNA aptamer with high affinity binding and selectivity for osteopontin, a potential biomarker of breast cancer, using the SELEX methodology; (2) the development of electrochemical RNA and DNA aptasensors using as bioreceptor element a RNA aptamer and/or DNA aptamer immobilized onto screen printed gold electrodes. The results obtained up to now showed the potential application of these aptasensors for osteopontin detection in standard and synthetic human plasma solutions using cyclic and square wave voltammetry techniques. The main goal of our research is the development of an integrated electrochemical aptasensor device for the multiple detection of protein biomarkers and their subsequent validation using biological fluids such as plasma and blood.