Membranes for Water Desalination and Purification

Water scarcity represents one of the global priorities facing humankind in the 21st century. Population growth, a changing climate and intensive agricultural practices will undoubtedly continue to use up fresh water supplies (lakes, rivers, aquifers) for years to come. Since the oceans hold Earth’s most abundant reserves of water (around 97.5%), the desalination of seawater and brackish water, or even wastewater, offers a possible universal solution to the problem. Nevertheless, the presence of micropollutants and microorganisms in these water sources requires the use of integrated technologies of advanced oxidation and desalination. Membranes containing nanostructured carbon materials, such as carbon nanotubes and graphene derivatives, can be developed to increase water permeability, to enhance their chemical compatibility and to decrease their deactivation by fouling or scaling. Our main goal is to develop innovative carbon-based membranes with enhanced physical and chemical properties for water desalination and purification applications, foreseeing reliable technological solutions in the framework of an inspiring research atmosphere, multidisciplinary cooperation and scientific excellence. If we can significantly reduce the energy needed for water desalination, we can potentially make seawater desalination more representative in the world.

The concept of Advanced oxidation processes (AOPs) can be coupled with that of membrane processes for an amplified and simultaneous effect in removing contaminants, as catalytic membranes can both separate and oxidize water contaminants. In a catalytic membrane process, a flow of contaminated water is forced to pass through membrane pores and contact with catalyst particles. The membrane pores retain some contaminants and the catalyst on the membrane surface promotes their oxidation. Physical, chemical and morphologic characterizations of the hybrid membranes provide a correlation between their properties and their performance in water permeation and pollutant rejection/degradation experiments. Synthesis conditions are defined and adjusted to attain the most efficient catalytic membrane. Process variables are optimized in view of the established water quality standards. In this research task metal-free (heteroatom doped) carbon based catalytic membranes and metal oxide based membranes have been developed for AOPs. 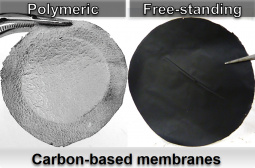 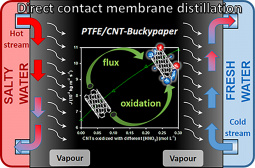 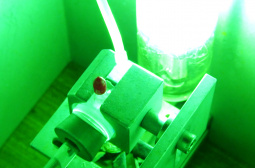 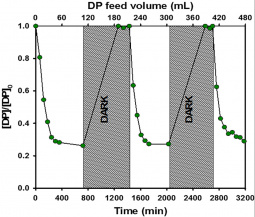 A Watch List of contaminants of emerging concern (CECs) was launched recently in the EU (Decision 2015/495) and some other micropollutants (MPs) were already prioritized (priority substances/group of substances (PSs), Directive 2013/39/EU), stressing the importance of monitoring programs. Spatiotemporal monitoring databases of these MPs in wastewater, surface and sea water, are not available yet. Eco-friendly methodologies using Ultra-High Performance Liquid Chromatography coupled to tandem Mass Spectrometry (UHPLC-MS/MS) for multi-class determination of a wide range of MPs in the environment are lacking. In this sense, novel green analytical strategies committed with the trends of green analytical chemistry are needed to simultaneously determine a wide variety of organic MPs allowing the comparison of occurrence status of MPs in EU countries. In this research task, the most impacted locations identified in Portugal are used as models to assess the ecotoxicity of contaminated surface water used for drinking water supply. The outcomes of this research are of great significance towards the implementation of novel analytical methods into the routine analyses of environmental agencies, to propose MPs that must be included in the prioritization and to pay special attention to these MPs when developing treatment technologies.

Solid-phase-extraction (SPE) is the most used pre-concentration technique of organic micropollutants (MPs) in water samples. However, it has some drawbacks (e.g., time-consuming, operator-depending, cost, disposal of plastic and toxic solvents). The significant advances in robust analytical equipment such as Ultra-High Performance Liquid Chromatography coupled to tandem Mass Spectrometry (UHPLC-MS/MS) to provide the monitoring of multi-class MPs were not accompanied by similar advances in sample preparation procedures. New methodologies should be developed to overcome the drawbacks of most sample preparation methods, obeying the principles of green analytical chemistry and avoiding being an additional source of environmental contamination. Our objective is to test different carbon materials prepared in our lab as sorbents in SPE in order to extract a wide group of MPs with different pKa and polarity range in a single procedure. The innovative and universal carbon-based SPE-cartridge will be used for surface water and drinking water treatment plant (DWTPs) monitoring campaigns performed in Portugal, and for the analysis of water/wastewater before and after treatment. 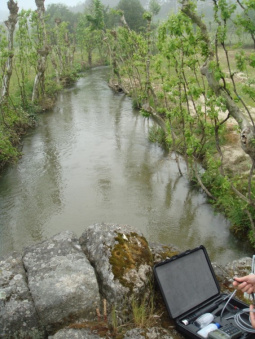 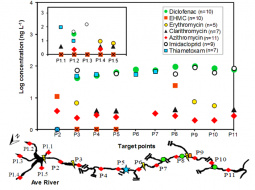 Concentration of contaminants of emerging concern in a Portuguese river. 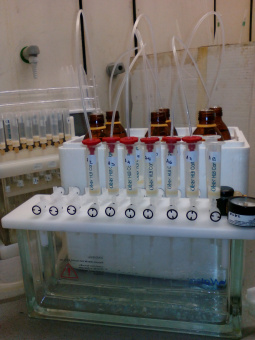 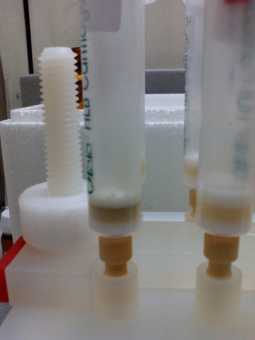