The development of efficient and economically viable technologies for water/wastewater treatment to address the increasingly demanding quality criteria for discharge or reuse, is a challenge with major impacts on sustainability. Chemical and photochemical advanced oxidation technologies (AOTs), or advanced oxidation processes (AOPs), are regarded as solutions for water polluted with recalcitrant, toxic and non-biodegradable compounds. The main goal of this Research Project is to investigate cost-effective solutions for classical pollutants, priority substances (PSs) and contaminants of emerging concern (CECs), such as: catalytic wet peroxide oxidation (CWPO), heterogeneous Fenton and photo-Fenton like processes, catalytic wet oxidation (CWO), UV-peroxidation (UV-H2O2), photocatalysis and photocatalytic ozonation (PhotCOz).

CWPO is recognized as a low cost and suitable AOP for the degradation of toxic and bio-recalcitrant organic pollutants commonly associated with negative impacts on conventional biological wastewater treatment processes. However, further optimization of catalyst design is still required in order to bring CWPO to the forefront position of the most efficient AOP technologies.

One of the objectives of this topic is the synthesis of innovative nanostructured composites containing magnetic and carbon-based materials to serve as the new generation of heterogeneous catalysts for the CWPO of typically non-biodegradable pollutants and wastewaters. In addition to the maximization of catalytic activity and long-term stability, the work also aims to promote the magnetic characteristics that enable the implementation of in situ magnetic separation systems for catalyst recovery after reaction.

Recently, carbon-based amphiphilic catalysts have been shown to be suitable materials for several selective oxidation applications involving biphasic liquid systems. Oily wastewater, typically found as oil-in-water emulsions, is generated in many industrial processes, such as refinery industry, which may contain contaminants such as S and N-containing pollutants in the oily diesel or gasoline phase, limiting their reusability. Therefore, they need to be treated before being reused or discharged. If a catalyst capable to favor the interaction between the organic phase and the aqueous phase is considered, AOPs may be applied for the treatment of oily wastewater. The main objective of this research is the development of carbon-based nanostructured materials with striking and promising properties (e.g. amphiphilicity) for the treatment of oily wastewater streams by AOPs. 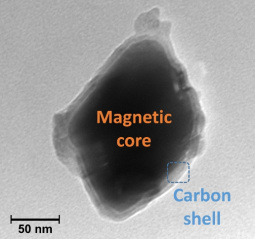 Nanostructured magnetic carbon composite, consisting of a magnetic core and a carbon shell

CWPO of a real wastewater 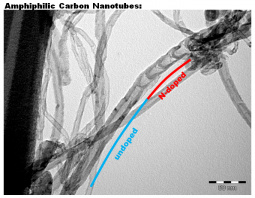 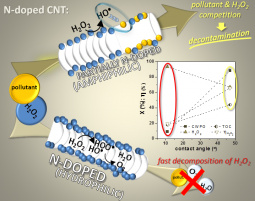 Wet oxidation (WO) is a very attractive AOP process that can play a major role as primary treatment for highly concentrated wastewaters that are refractory to biological treatments. This environmental technology involves highly reactive radicals, generated from oxygen dissolved in the liquid phase, which oxidize the organic pollutants. The non-catalytic process (WO) operates at high temperatures (200–320 °C) and pressures (20–200 bar). However, the process efficiency can be increased under less severe operating temperatures (130–250 °C) and pressures (5–50 bar) by using homogeneous or heterogeneous active catalysts, i.e. catalytic wet oxidation (CWO). Noble metals or metal oxides are widely used as the active phases in heterogeneous catalysis, but some drawbacks are their high cost, the typical deactivation caused by sintering or poisoning, and their possible harmful impacts on the environment. Therefore, our goal is to develop powdered and structured high performance metal-free carbon based catalysts as a cost/environmental effective alternative to the conventional catalysts. 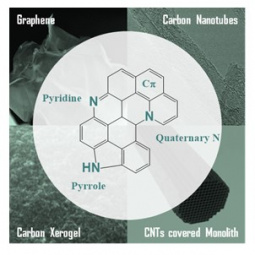 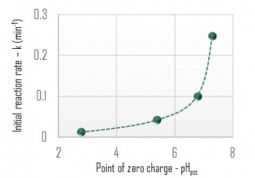 Dependence of catalyst basicity in oxalic acid oxidation by CWO 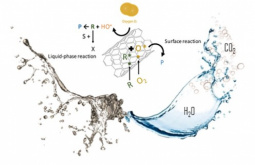 The high mechanical strength, the chemical, mechanical, electrical and field emission properties of carbon materials, and the possibility to control these properties make these materials good candidates for the preparation of composites for photocatalytic applications. In the field of heterogeneous photocatalysis for decontamination of water containing organic pollutants, carbon materials such as carbon nanotubes (CNTs), graphene oxide (GO) and nanodiamonds (NDs), have been successfully combined with metal oxides, such as TiO2 and ZnO. Another promising strategy to enhance the photocatalytic activity of semiconductor materials is the introduction of noble metal nanoparticles such as Au, Ag or Pt onto their surfaces.

The development of sustainable materials for environmental applications in particular for water and wastewater remediation, is our main goal. 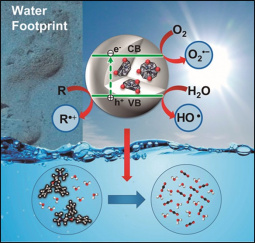 Oxidized nanodiamonds embedded into TiO2 for the degradation of water pollutants 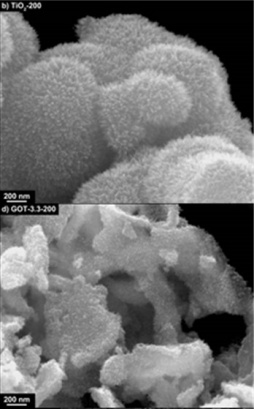 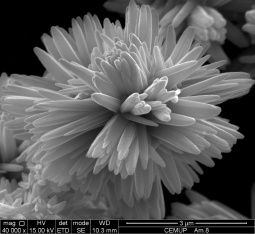 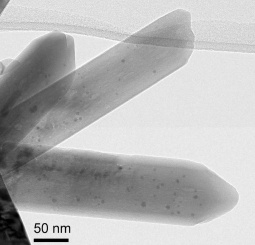 The combination of AOPs should give better results as compared to individual techniques, since some drawbacks of the individual processes can be eliminated by some characteristics of other techniques. Photocatalytic ozonation is an innovative process to eliminate micropollutants from wastewater, by integrating two AOPs (ozonation with photocatalysis). Photocatalytic ozonation results from the combination of radiation, ozone and suitable catalyst and it is an attractive route for water treatment because of the synergistic enhancement of the performance of both agents. Titanium dioxide (TiO2) and TiO2-carbon composites with tuned properties are synthetized by using different approaches. These catalysts have been applied to the treatment of emergent and persistent contaminants, including pharmaceutical and personal care products (PPCP) and endocrine disrupting chemicals (EDCs).

The removal of contaminants of emerging concern (CECs), human pathogens, antibiotic resistant bacteria and related genes (ARB&ARGs) from real matrices (urban wastewater, surface and drinking water) by using photocatalytic ozonation operating in continuous mode has been explored implementing an innovative approach with TiO2-coated glass rings and light emitting diodes (LEDs). This research task is performed in collaboration with and LEPABE (FEUP) and at Escola Superior de Biotecnologia (U. Católica Portuguesa).

Heterogeneous Fenton and photo-Fenton like processes can be efficiently used to eliminate water/wastewater pollutants. This research topic is focused on the development of iron-based heterogeneous catalysts (with the possibility to harvest sunlight) avoiding the production of a second source of pollution (sludge) and the need to separate dissolved iron species from the treated water/wastewater. The process can be improved by considering several technological aspects, such as: (i) using magnetic nanoparticles or catalyst deposited in the form of films to avoid or enhance catalyst separation/recovery after treatment and comply with regional directives for discharge of treated water; (ii) the development of new reactors with better performance than conventional ones due to improved mixing and light harvesting (e.g. SolarNETmix® reactor configuration developed in collaboration between different groups of LSRE-LCM). 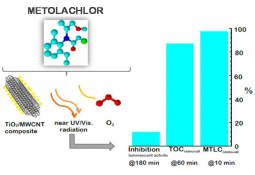 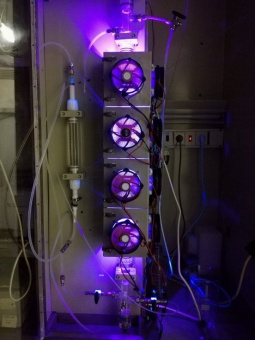