The project involves the development of catalysts for the reduction of inorganic ions in water and wastewater and for the oxidation of volatile organic compounds (VOCs) and carbon monoxide in air and gaseous streams.

The increasing concentration of chemicals in groundwater and the increasingly demanding quality standards for drinking water, generate the urgent need for improved technologies and processes for water remediation, in order to protect the environment and human health.

Catalytic reduction has been suggested as a promising technology to remove anions from water sources, without the formation of solid or liquid wastes, or possible bacterial contaminations. In this topic, the catalytic reduction of ions (such as nitrate, bromate and perchlorate) with hydrogen is studied in a systematic way, focusing on the use of carbon-supported metal catalysts.

Pd-Cu supported on basic carbon materials was found to be the most active and selective catalyst. This catalytic system performed equally well in the reduction of bromate ions. 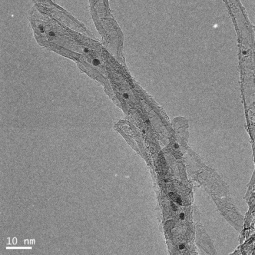 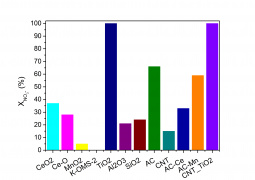 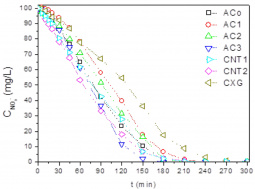 Volatile organic compounds (VOCs) are emitted from a wide range of industrial processes and transportation activities and have a major contributor to air pollution because of their toxic and malodorous nature and their involvement in ozone depletion and smog formation. Thermal oxidation of VOCs needs to operate in a range of temperatures between 700 and 1000ºC, which leads to NOx production from the N2 present in air. In the case of catalytic oxidation, the operation temperature decreases to around 250–500ºC, therefore, NOx production is much lower, and less energy is needed to preheat the stream. Ideally the products obtained are CO2 and water. The performance of this process critically depends on the type of catalyst, which is a function of the gaseous effluent to be treated (composition, flow-rate, presence of poisons or/and inhibitors in the gas stream, and inlet temperature constraints). 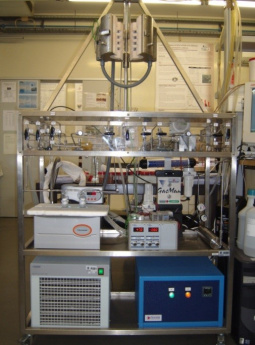 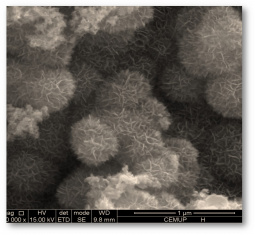 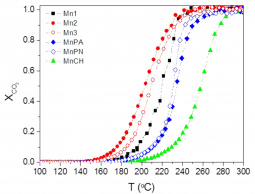 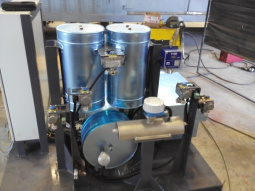 Gold catalysts have been successfully used for CO oxidation, as well as in the water-gas shift reaction (CO + H2O → CO2 + H2). Moreover, gold is more selective than Pt and other PGMs for the oxidation of CO in the presence of H2 (PROX), is nearly insensitive to CO2, and its activity is enhanced by water. Thus, Au catalysts are good candidates for H2 production and purification. We have been focusing our attention on the catalyst preparation methods in order to achieve high activity at low temperatures. 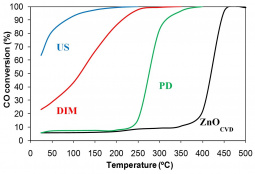 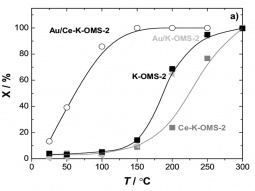