The use of the SMB concept in the fine chemicals separation field in the earlier 90s (pharmaceutical and biomolecules separations) is remarkable and led to the advent of a new age of SMB technology. In the last decades, the direct resolution of enantiomers by liquid chromatography using chiral stationary phases (CSPs) has become a very popular technique. Due to the development of new and more stable CSPs and also by exploring and developing new and more efficient modes of operation, the use of chiral liquid chromatography, from the analytical scale through high-performance liquid chromatography (HPLC) to the preparative and industrial scales through simulated moving bed (SMB) technology, has been studied. A number of chiral separations were addressed such as ketoprofen, flurbiprofen, guaifenesin and nadolol enantiomers. 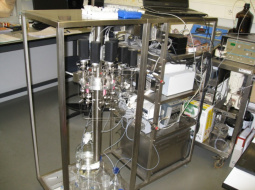 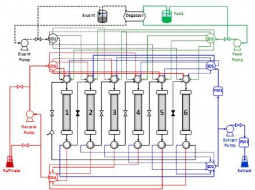 Scheme of the FlexSMB-LSRE® unit, using a six-column (1-2-2-1) configuration 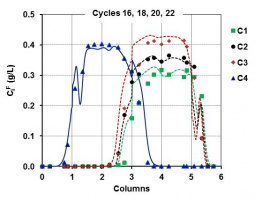 Xylene isomers boil so closely together that separating them by conventional distillation is not practical. p-Xylene, which is the most important isomer due to its application, can be separated by crystallization or through adsorptive-type processes. The most employed process is based on the Simulated Moving Bed (SMB) technology, where counter-current flow of a liquid feed is simulated over a suitable adsorbent without physically moving the solid bed. Faujasite-type zeolites have been extensively studied to determine accurate equilibrium isotherms in order to fully understand the separation phenomenon and to select appropriate desorbents. Additionally, separation parameters have been validated against actual performance of the industrial unit; therefore, the proven model have been used to optimize the operation of the SMB unit. Moreover, Metal Organic Frameworks (MOFs) have recently risen as suitable adsorbents for xylene separations; in fact, some of those structures can also be used to selectively separate o-xylene. 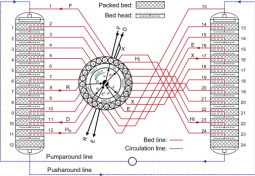 Modelling of the actual SMB unit 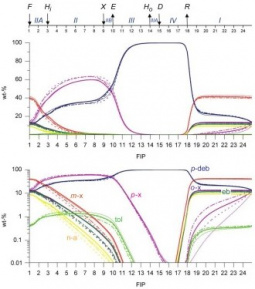 The simulated moving bed technology was first patented by UOP (Universal Oil Products) as the Sorbex process which was first applied to the petrochemical and then to the sugar industry. The SAREX process is the SORBEX version to separate fructose-glucose solutions, resulting from the enzymatic conversion of cornstarch, in order to produce high fructose corn syrups. Since fructose index of sweetness is about twice as much as that of glucose, the separation of fructose from this mixture and recycling of glucose for enzymatic isomerization is of great commercial importance. LSRE has studied this separation process by addressing several aspects such as the comparison of different modeling strategies, the study of the influence of mass transfer resistance in the SMB performance and the development of different design methodologies, from the equilibrium theory to more accurate approaches as the Separation Volume concept. 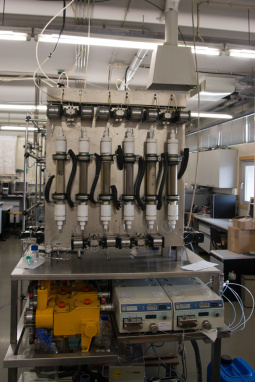 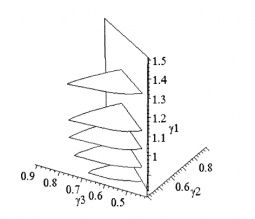 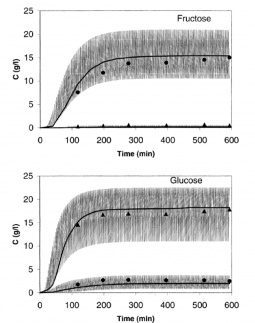 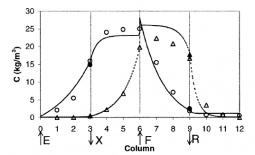 Prebiotic supplements are food ingredients, which stimulate growth of gastrointestinal microbiota, thereby enhancing the composition and activity of the gastrointestinal system with proven health benefits. Amongst prebiotic supplements, MOS, FOS and GOS have gained increased interest owing to the many biological roles they play, including promoters of the growth of bifidobacteria in the large intestines of animals, decreased cariogenic effect and their potential to activate the immune system and decrease lipid metabolism, with benefits to liver and kidney functions. According to a Global Industry Analysts market report, prebiotics market will reach value of $1.17 billion in EU in 2015. Therefore, the demand for a pure added-value product is high which lead to the research on more efficient separation techniques. The last decades have shown that the simulated moving bed (SMB) technology has a great potential not only in petrochemical industry but also in demanding separations in the pharmaceutical and biotechnological fields. When well designed and implemented, it can outperform classic chromatography process in terms of productivity, purity and product dilution. The research on this field has been focused on the assessment of new adsorbents and on SMB configuration designs. 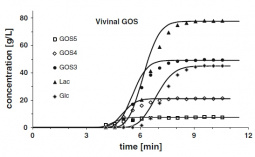 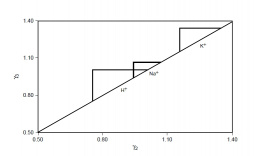 Region of complete separation of a simulated moving bed, according to the equilibrium theory, on ion-exchange resin Dowex 50WX4 in K+, Na+ and H+ forms. 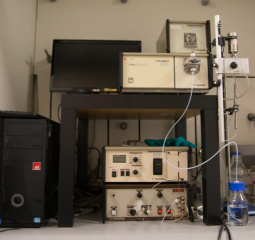 Biodiesel, as other biofuels, is one of the main alternatives to replace fossil fuels. Its production generates a byproduct, the bioglycerol. The increase of biodiesel production around the world has caused a great surplus of bioglycerol. Bioglycerol represents around 10% by weight of the biodiesel produced and this excess has resulted in the reduction of its market price. Although there are over 2000 industrial applications for bioglycerol, the growing production of biodiesel turned bioglycerol into an industrial waste. Therefore, the demand for pure added-value products from bioglycerol is imperative. A range of possible products can be derived from bioglycerol oxidation, such as dihydroxyacetone, hydroxypyruvic acid, glyoxalic acid, oxalic acid, glyceraldehyde, glyceric acid (GCA) and tartronic acid (TTA). Glyceric acid and Dihydroxyacetone are the main products obtained from bioglycerol oxidation in the presence of palladium and platinum catalysts. Tartronic acid and oxalic acid are also formed by oxidation of glyceric acid and dihydroxyacetone. Despite the advances on development of processes to produce valuable compounds from bioglycerol, some challenges still persist on the purification step. Purification processes based on adsorption are being studied to obtain high purity GCA and TTA. 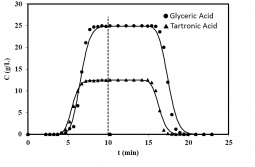 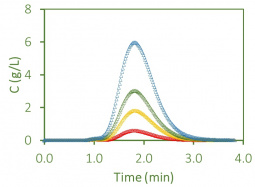 The main distinctive properties of proteins are their enzyme activity, specific recognition interactions and other therapeutic actions. At the end of recombinant protein production process there are several contaminants (dissolved or particulates) along with the desired target protein (HSA, BSA, IgG). In term of application purposes, protein purity is of utmost priority. Proteins separation and purification became a fundamental prerequisite for any pharmaceutical industry. Adsorption techniques are commonly used methods for protein recovery. Adsorption can be carried out in batch or continuous stirred tanks for feedstocks containing particulates, or using fixed bed or expanded bed technologies. Expanded bed adsorption (EBA) has been widely applied as an efficient technique for direct capture, separation and purification of various products from unclarified source materials. Second generation expanded bed adsorbents (high density adsorbents) are being used to operate at high flow rates. This technology also allows a direct capture of high-value biopharmaceutical products reducing processing time and cost without affecting product quality. 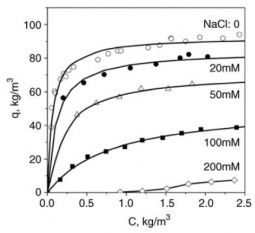 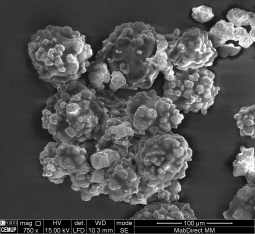 Parametric pumping is a dynamic separation process based on the differences in the adsorption equilibrium caused by a cyclic change of a thermodynamic variable (temperature, pH). The technique of separation by parametric pumping is an alternative to conventional adsorption processes and may be used for solvent purification or solute concentration. One application of parametric pumping is the treatment of wastewaters containing aniline. Aniline is one of the most important organic compounds used as intermediate in various industries such as in the production of pesticides, paint, explosives, plastic, dyes, and drugs. The wastewater of these industries constitutes a serious problem for the environment due to its high toxicity, carcinogenic properties, and persistence in the aquatic environment. This type of wastewater may be treated through many techniques but adsorption (using parametric pumping) is one of the most used due to higher efﬁciency and ﬂexibility. 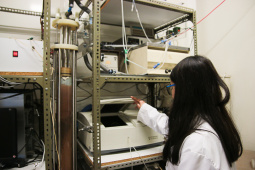 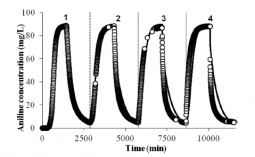